BOSTON — MASSPIRG’s campus chapters around the state helped young people in Massachusetts turn out in historically high numbers relative to previous elections to vote in yesterday’s midterm elections. Using the slogan “It’s our future, let’s vote on it!” since classes started in September, students at MASSPIRG campus chapters around the state mobilized faculty, staff, campus administrators and allied student groups in the New Voters Project to ensure that the next generation is heard at the ballot box. 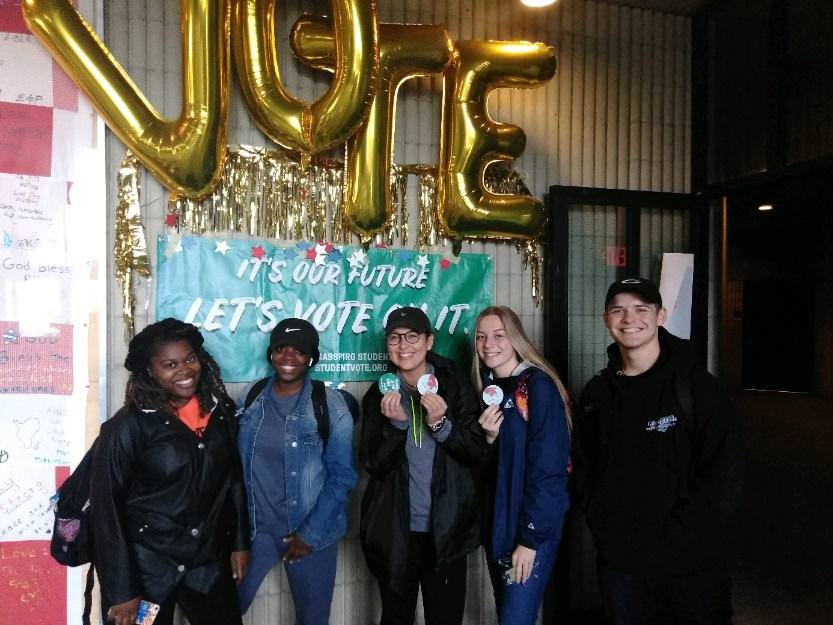 Students at UMass Dartmouth held a “Voto-Booth” for students to take pictures with their “I Voted” stickers.

According to initial estimates, turnout increased 48 percent to 75 percent at student-heavy polling locations across the state on campuses with organized youth voter mobilization efforts:

“Young people were far more motivated and engaged in this election than in 2016, and certainly more than the midterms in 2014,” said statewide organizing director Samantha Gibb. “There hasn’t been a similar level of excitement and interest since the 2008 elections — and the turnout results support that.”

MASSPIRG attributes increased turnout to some competitive races and intriguing ballot questions, but mostly, to a genuine belief from students that their voices and collective votes can make a difference.

One Salem State student reported that she was excited to vote because it was her first election. The student described growing up with relatives in local government and hearing about the importance of voting her whole life. “Not only did she already have a plan to vote herself, she was personally escorting her friends and other students she didn’t know to the polls”, reports Salem State campus organizer Sam Giffen.

“Right now, 18-29 year olds are the largest and most diverse set of potential voters alive. If we all voted, we could elect the leaders that share our vision of the future,” said Theresa Soldan, a Salem State junior and MASSPIRG statewide board chair, who coordinated the New Voters Project campaign at her campus.

MASSPIRG’s New Voters Project campaign is a 35-year-old, non-partisan youth voter mobilization effort that helps give young voters the tools they need to participate in elections. Prior to the Oct. 17 voter registrations deadline this year, over 3,500 students updated their registration with MASSPIRG volunteers on college campuses.

“Many college students, often first-time voters, don’t always learn the basic steps they need to complete to make sure they can vote” said Soldan. “We talked to over 15,000 students in classrooms and through tabling events in the dining halls and on campus quads, and used Snapchat, Facebook, and Twitter to make sure every student on our campuses heard about the election and knew how to update their registration.”

A biannual poll of young people ages 18-29 from the Harvard Institute of Politics found that 40 percent of young people said they will “definitely vote” in this election, a substantial increase from the midterm elections in 2014 and 2010. The turnout results prove that their intentions were realized.

“Registering to vote is an important step, but that’s not all that’s needed to get students to turn out,” added Gibb. “Historically, young people have not voted in large numbers compared to other generations. That’s one reason why MASSPIRG students, in collaboration with many other student groups and campus departments, worked to change that this year.”

“The interest in voting is there, but we need to make sure that information on how to vote is more readily available,” said Elizabeth Anusauskas, a UMass Dartmouth student and New Voters Project coordinator. “I talked to students who didn’t know that they could vote early or that they had to vote where they were registered. I was able to help them update their info, find their polling location, and learn more about what’s on their ballot.”

On campuses across Massachusetts, the student volunteers and organizers made over 100,000 voter contacts throughout the entirety of our New Voters Project campaign, utilizing all forms of communication from face-to-face interactions and text messages, to announcements in classes and advertisements on Snapchat.

“The biggest hesitation I’ve heard from students is that they don’t feel educated enough about politics, and that’s why they don’t vote. After having a conversation with them about why their voice will be heard and giving them non-partisan resources, they feel more confident and ready to vote,” said Anusauskas.

MASSPIRG is a statewide, student-funded, student-directed, nonpartisan nonprofit that organizes college students to take action on issues they care about. The Student PIRG’s New Voters Project is one of the largest on-the-ground, non-partisan, youth voter mobilization campaigns in the country. Over the past 30 years, we have helped to register more than 1.9 million young people and make millions of get-out-the-vote reminders. 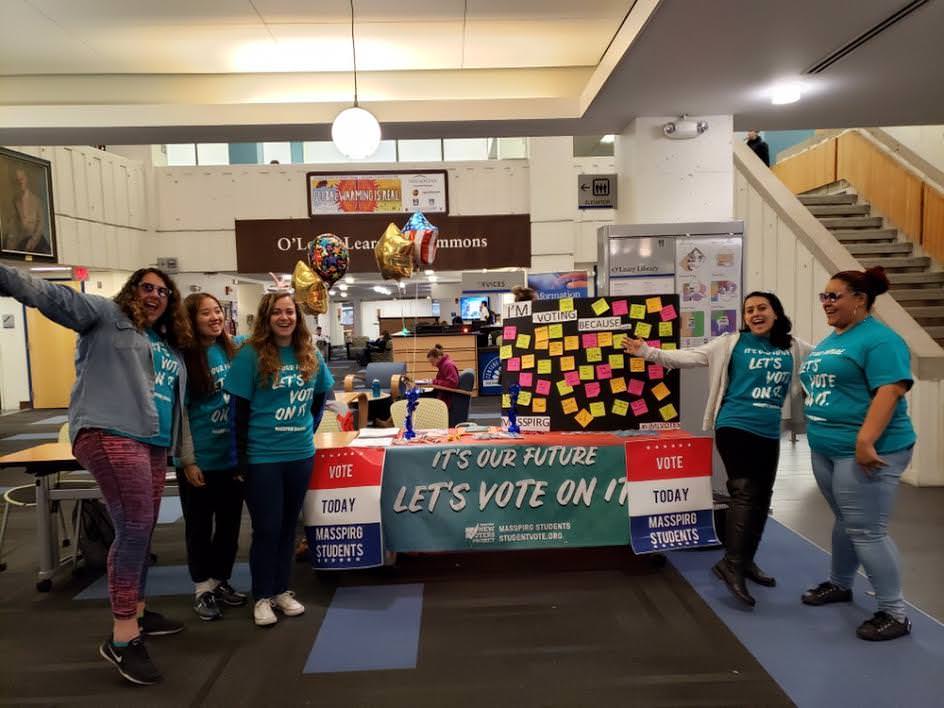